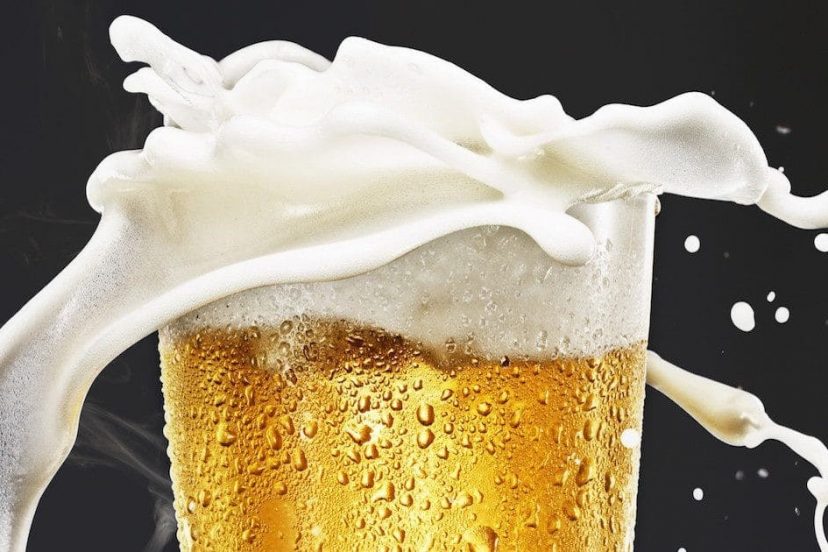 Head retention. What is it exactly? To often we are trying to minimize the head by tilting the glass so that foam doesn’t accumulate too much. While you don’t want a glass full of foam, you do want a rather significant head, because it plays such an essential role in the experience. The head is full of protein and residual starches. If you pour sparkling wine or cider the head dissipates pretty quickly. Not so with beer, because the foam acts an aromatic net.

Beer Foam is obviously the accumulation of bubbles. This occurs through a process called nucleation.  For beer, nucleation is the process in which a small defect in the glass acts as the starting point for the formation of a CO2 bubble. In fact, many beer glasses are nucleated, meaning they are purposefully etched, so that the dissolved CO2 in the beer has a place to gather and form larger bubbles.

As CO2 tries to escape from the glass, by rising to the top, it drags along with it all of these volatile aromatic compounds, mainly in the form of Lipid Transfer Protein from the barley. Once at the surface, this protein forms a coating or net of bubbles around the head of the glass.  As it comes to the top, the bubbles drag along these aromatics that get caught in this bubble net and stays there.

Hops also play a central role in beer foam, as the compounds of the grain cross bond with the acids present in the hops, making the foam more textural. This texture begins to transition as these compounds interact with each other which creates a density that begins to cling to the glass.  When a beer is consumed slowly, it will accumulate more of this lacing.

So when you get this beautiful glass of beer with a perfect head, it looks gorgeous. As you start drinking it and start investigating it, you actually get even more flavor expression. As the head or beer foam subsides, more and more aromatic compounds pop into the air and explode with aromatic intensity. Does beer foam matter? Hell yes it does. So cherish beer foam. Encourage it. Expect it.

With craft beer becoming as sophisticated and diverse as wine, it’s not surprising to see craft…

There was a time, right before the sky started burning, when it felt like we were…

Pale Ale vs IPA – Is There Really a Difference?