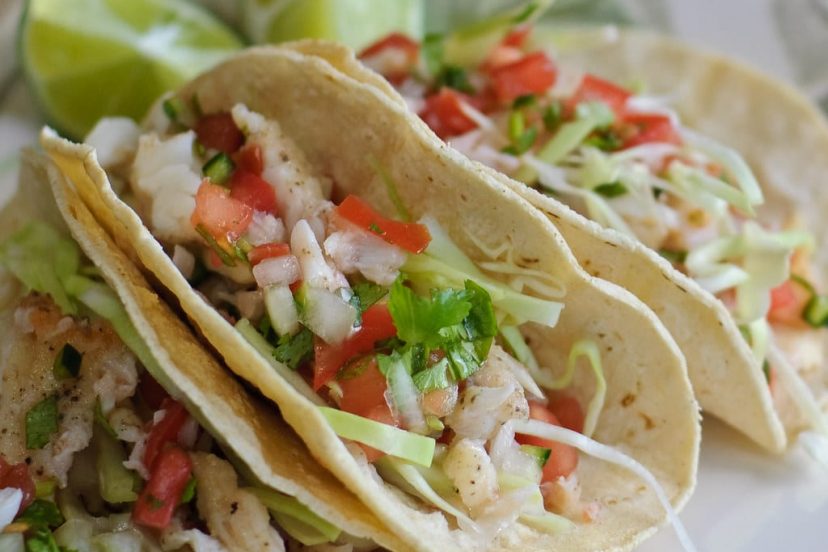 Wine and beer have many similarities; they’re both boozy drinks and have centuries of history — they’re part of our culture and an international phenomenon. One is made with grapes and the other with malted grains. And although both are quite pleasing, the most significant difference between the two most popular fermented drinks is that wine has acidity and beer hasn’t.

Acidity matters; it makes food taste better. That’s why we squirt lime juice over our seafood tacos and drizzle a vinaigrette over our salads. Acidity livens food flavors and counters the sweetness. Nonacidic food is bland food, and that goes for drinks too. Sour beer equals refreshing, as simple as that!

The good news is that there’s a thing called sour beers, and yes, they’re tart. This is nothing new; the style is actually as old as time. We call them sour beers, and here’s how you pair sour beer with food.

Several classic beer styles of European origin have always been tart or sour, including the Belgian lambics, gueuze, and Flanders red ale, and the German Berliner Weisse. Brewers in New World countries make sour beers, too, from Australia to Oregon, but they’re all kind of inspired by the good-old European sour beers.

What makes sour beers sour? That’s the production method. Traditionally, the unicellular yeast called Saccharomyces takes care of the beer-making endeavors, but other yeasts and bacteria can join the party. The famous Brettanomyces or Brett gives acidity to beer along with some funky barnyard aromas, and the bacteria in the Lactobacillus and Pediococcus families produce milky, lactic acid.

How to Pair Sour Beers with Food

Acidity is awesome for pairing drinks with food. With the proper sourness levels, any beer can tackle literally any type of food.

Try a Belgian lambic beer, a spontaneously fermented, funky, and creamy beer with seafood and shellfish. Like a dash of lemon juice or vinegar that can liven a fried fish fillet, the beer will heighten the fish’s flavor.

Acidity not only livens food’s flavor, but also cuts through the fat. This makes sour beers ideal partners for fatty prime steaks, duck, fatty bowls of tonkotsu ramen and even greasy nachos!

Talking about fatty food, there’s a Belgian beer style called Flanders Red Ale, and it tastes remarkably similar to a Burgundian red wine. This robust beer is the perfect pairing for white meat, salmon, and tuna.

Don’t mistake lambic beer with fruit lambics. Also Belgian, these are fruit-based beers, and the most common is the Kriek Beer flavored with cherries. Don’t let anyone tell y’all can’t have a beer with dessert because fruit lambics are lovely with any fruit-based dessert, from cheesecakes with fruit toppings to fruit tarts. Lambics are fantastic with fruit salads, too, and even savory food with fruit sauces like turkey and cranberry sauce.

My first experience with Atrial Rubicite was a spiritual experience. Atrial Rubicite is made from well water, barley, wheat, hops, farmhouse yeast, cultured from the Texas hill country, souring bacteria and raspberries. Your palate will be greeted by ripe red raspberries. It is gorgeous in color and smell. There is a tartness to it, but it is restrained and thoughtful. This is one of those beers that can be considered a masterpiece and it is one of my all time favorite indulgences. I have a few in my cellar that I break out on special occasions with my closest friends. So what goes well with a raspberry, jammy beer you ask? My Raspberry Jam and Goat Cheese Slider on Sour Dough Buns.

Preparation:
1. Prepare bacon. Cut each piece in half and fry until crispy. Set aside.
2. Prepare the burger patties. Combine beef with 1 teaspoon each of salt & pepper. Using your hands, divide into 6 equally sized patties. Heat a cast-iron skillet to medium/high temperature on the stove top. Drizzle heated pan with 2 teaspoons of olive oil. Toast the buns until golden brown on cut-side. Add another 2 teaspoons of olive oil. Add all 6 patties to the warm oil. Cook 3-4 minutes on each side or until desired done-ness. Set patties aside.
3. Assemble sliders. Place cooked beef on bottom bun. Top with goat cheese and bacon. Spread raspberry preserves on top bun and put prepared buns together.
4. Garnish with a fresh raspberry.

The funkiness of the goat cheese and richness of the burger are balanced with the balanced acidity of Atrial Rubicite. The signature funk that is present in all Jester King beers is supremely highlighted with the sourdough buns. The jamminess of the beer accents the sweetness of the preserves and comes together for one perfect bite of burger heaven. This is a game changer and a sour beer and food pairing that will make you a food god with your friends.

It comes without saying sour beers come in a wide variety of styles. Some are fruity, and others are downright funky. They’re all lovely, though, and are undoubtedly the single best beer styles to pair with food.