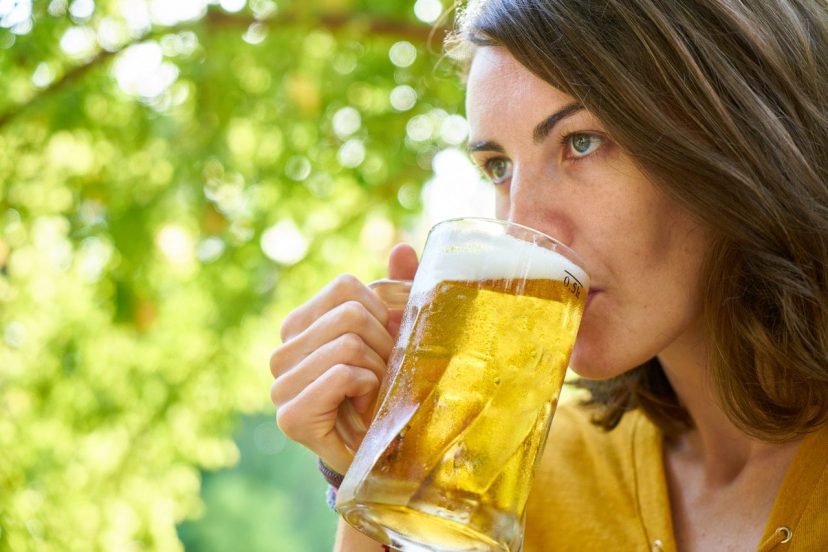 Are you counting calories, but love craft beer. Fear not! We got you covered with our look at the lowest calorie beers and which ones you should try!

Where Do Calories in Beer Come From?

Calories are in fact a measurement of energy in food and in beverages. Fat, fiber, carbs, and alcohol are all possible sources of energy but since beers don’t include fiber or fat, the calories in your drink come from carbs and alcohol. Every alcoholic beverage contains calories, so as you might expect, less alcohol equals fewer calories.

How are the Lowest Calorie Beers Made?

Brewers have two options for making low-calorie beers: reduce carbs or reduce alcohol concentration. Cutting back on alcohol isn’t a popular choice because getting the same effect from a single can versus a large mug of beer isn’t very appealing to the consumers. Although the lowest calorie beers have less alcohol, this does not account for the whole reduction in calories. As a result, brewers reduce carbohydrates in their recipes as well. Brewers do this by adding an enzyme that can break down starches and convert them to sugars. The yeasts then go to work and convert all of the sugars to alcohol. Due to the extra sugars that were converted to alcohol, the end product is a standard beer with a higher alcohol level. Finally, brewers dilute these beers with water to reduce the alcohol concentration.

Fortunately, the ingredients that give beers their flavors, such as hops or other additives, do not contain calories, meaning that low-calorie beers can still taste fantastic.

Which Beers Contain the Lowest Calories?

Beers branded as “light,” “low-calorie,” or “non-alcoholic” have the fewest calories. If you don’t mind giving up higher ABVs in beer, you can enjoy all of your favorite styles, from IPAs to lambics, without worrying about calories. Some beer styles, however, are more diet-friendly than others on their own and don’t have to go through the process of making them “light”, since their traditional brewing recipes do not aim for high ABVs.

Saison beers are typically lower in calories (about 140 per ounce), because they have been historically brewed with lower ABVs. Saisons also contain spices such as coriander and ginger, making their flavor fairly unique despite their low ABVs.

Even though most people don’t expect it, dry stouts have roughly 50 calories less than regular lagers or pilsners. Yet still keep their average ABV of 8 percent. Stout beers range in calories from 126 to 180 per ounce, which is the equivalent of 35 grams of potato chips or slightly less than a whole glazed doughnut. Stout beers are also high in antioxidants, calcium, vitamins, and iron, so don’t think that consuming beers offers anything more than just “empty calories”.

Best Low-Calorie Beers Worth a Try

Le Petit Prince by Jester King Brewery is a dry, unspiced, highly attenuated Farmhouse table beer with only 75 calories. This beer is as natural as it gets as it is made with naturally occurring wild yeasts and it is unfiltered and unpasteurized.

Limbo Blueberry by Mikkeller is a nonalcoholic beer with an ABV as low as 0,3% and only 17 calories. As the name implies, this Flemish beer is brewed with blueberries. Which are responsible for its light, fruity, and tart palate.

Farmstead Brewery has created a low-calorie beer with only 13 calories and an ABV of 1.7%. This beer is named Charlie in honor of the golden retriever with the same name that was adopted by the people of the brewery. Much like Charlie, this beer is lively and cheerful with a touch of playfulness.

Gueze by Brasserie Cantillon is a lambic with an ABV of 5% and with 150 calories. This beer is a blend of different lambics that have been produced during different years. Like a true lambic, Gueze is slightly acidic with a fruity taste and a dry finish that lingers.