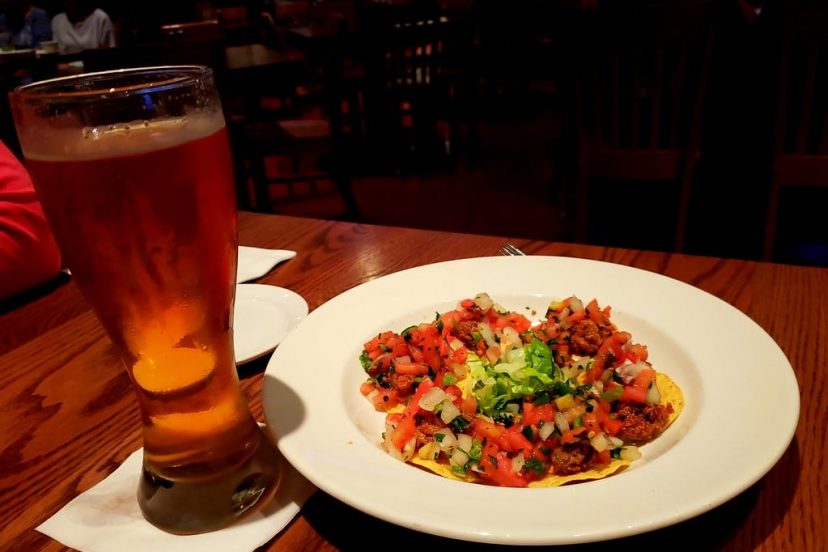 There’s no doubt IPAs changed the world of beer as we know it; the style single-handedly spearheaded the craft beer revolution that led us where we are today, in the golden era of deliciously creative beer. Prepare to become quickly indoctrinated into the world of IPA Beer and Food Pairings.

Not dissimilar to fine wine, craft beer has a critical role at the table, and it can make or break a gastronomic experience. Yes, beer and food pairings are a thing, and it’s much more fun than you think! Here’s how to pair the most popular styles of IPA with food. Pour yourself a cold one and grab a fork; we hope you’re hungry!

What are IPAs, anyway?

British brewers conceived the original India Pale Ale in the 1700s — a bigger, bolder, and meaner ale that could withstand the long trips to the country’s Indian colonies. That meant adding more hops to the beer. Hops are a natural preservative that also gives beer bitterness and aroma.

The IPA style was eventually lost in time, only to be rediscovered by enthusiastic home and craft brewers in the 80s, and the beer had nothing to do with India; it was, though, meant to be as robust and hoppy as beers had ever been. With average alcohol by volume between 5.5–7.5% and an assertive bitterness of between 40–70 International Bitterness Units (IBUs), the American IPA was born.

How to Pair IPAs with Food?

IPAs are hoppy, and that means they are bitter and aromatic. These two characteristics make them particularly suitable for some food.

Bitterness and Sweetness – bitterness is one of our primary perceivable flavors, and it can be balanced and countered with sweetness. This means that if you have a particularly bitter IPA (some double and triple IPAs have 1000 IBUs!), you want to pair it with sweet food.

IPA’s Citrusy Scents – IPAs have lots of American hops, which means they deliver intense scents reminiscent of citrus fruits, tropical fruits, pine resin, and fresh-cut herbs. You can match these aromas with food with similar profiles.

Try an American IPA with assertive bitterness with chicken wings, but make sure they’re sticky and sweet, or serve them with a mango dip. A sweet element will balance the beer’s bitterness nicely.

A robust, incredibly bitter IPA is the perfect partner for a rack of sticky ribs, honey glazed ham or a side of sweet, caramelized onions.

Keep in mind not all IPAs are bitter; the trendy Hazy IPA or New England IPA, known for its juiciness and no bitterness, is better paired with similarly fruity food. Think of a fish ceviche with diced mango or a comfy bowl of sweet corn chowder.

As for the aromatics, to pair a notably citrusy IPA, drizzle lime or lemon juice to whatever you’re eating, and see how the beer and food bind in communion.

My Favorite IPA and Food Pairing

The first time I had Dinner IPA from Maine Beer Company it was a spiritual experience. It pours a hazy yellow/orange with a delicate bubbled head with good lacing. Their is a noticeable tropical aroma full of citrus, mango, pineapple and hints of tangerine. The flavor profile is a smooth bitterness propped up against the suggestions of tropical fruit that are not so juicy and sweet it robs the bitterness. This is a mellow drinker that is beyond satisfying. I love pairing this with raw oysters and mignonette sauce.

Those are Some Refreshing IPA and Food Combinations!

IPAs are super fun to pair with food, but with so many beer styles under the IPA umbrella term, there’s lots of room for IPA beer food pairings experimentation. Try the tips above and find the right food for your favorite IPA, but by all means, be creative. There are no bad beer and food pairings, only learning opportunities.

Call some friends over and pop open a few IPAs because it’s true what they say; everything tastes better when in good company. When it comes to IPAs, we all need a little bitterness in our lives to appreciate the sweet moments!