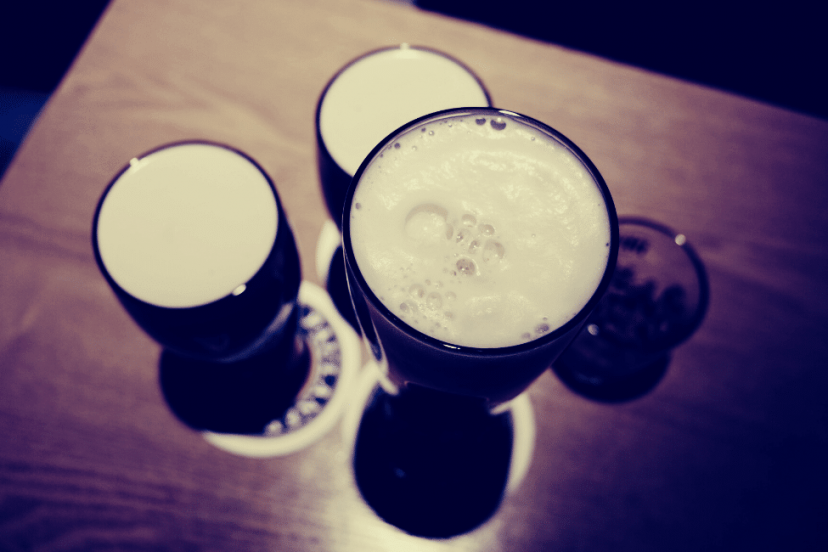 The History of Pale Ale

To understand the difference between a pale ale and IPA (India Pale Ale), we must first learn a little more about how beer is made.

Pale ale, like many recipes over the centuries, was a serendipitous accident. A batch of beer was brewed in England circa 1703 using something called coke, and we don’t mean the kind that we once included in the popular cola.

The coke didn’t go directly into the beer – it was used to roast the malt. In those days, coke was a very pure fuel produced from coal. When coke burns, it produces almost no smoke. In 1703, this resulted in a lighter beer with a milder taste, which was why they dubbed it “pale ale.”

The Full Story of “Ale”.

That isn’t the full story, though. The full story involves a little plant called a hop. Hops are the female flower of a plant called Humulus lupulus. They are members of the Cannabaceae family, better known as cannabis and hemp, which means they provide natural bitterness.

At the same time, they perform admirably as a preservative. Hops, therefore, were used in brews for hundreds of years as a bittering agent but became much more useful once beer had to travel over long distances.

Hops look like little green pinecones. You will notice them most in the aftertaste of malts and ales. When you take your first post-sip breath, you’ll find the slightest sharp, citrusy note of cannabis – that’s the hops talking. They were originally added to beer to enhance flavor, and the preservative properties were discovered later. When a beer has distinct, easily identifiable, and usually bitter flavors, they are described as “hoppy.”

Brits began living in India in the 19th century. It wasn’t long before they began missing the hoppy brews of home. Brewers originally didn’t believe the beer would survive the long voyage, so they added some extra hops and allowed fermentation to advance a little further to produce more alcohol. By the time these bottles arrived on the Indian subcontinent, not only were they well-preserved, but they were even hoppier, and the homesick Brits couldn’t help but fall in love. This type of extra-hoppy brew was henceforth known as India pale ale, or so we’ve all heard. Turns out, even this story might be the stuff of legend. The more stories you hear about something that turns out not to be true, the more interesting it becomes, so let’s go with it, shall we?

Before long, brewers began experimenting with other bittering agents in place of or in addition to hops. Ironically, these were ingredients used in the centuries before hops were discovered: myrtle, pine needles, heather, marigold, and dandelions. Beyond that, brewers began resurrecting fruits, herbs, and vegetables in brewing recipes, which added more unique flavoring.

India pale ale, for all intents and purposes the hoppier version of pale ale, has been around for nearly two hundred years. Still, a notable development is American India pale ales, which are only about 40 years old.

The indigenous flora and fauna in American have strongly influenced the hops going into these brews, as has a healthy competition for the most surprising crafts, which has brought us a wonderfully unique American India pale ale tapestry. Because of it, a wider range of flavors is possible.

American India pale ales are – figurately speaking – a good, old-fashioned break-neck rodeo ride from spicy to floral to fruity to citrusy to grassy to earthy to evergreen and back ‘round to spicy again.

Why the Question – Difference Between Pale Ale & IPA

The reason anyone ever wondered, is there a difference between a pale ale and India pale ale in the first place, is that over the years, some pale ales have become practically indistinguishable from India pale ales, even for beer enthusiasts.

Craft brewers across America are in an ongoing, unacknowledged death race for the hoppiest IPA beer, so many brews will become ever bitter-er. At the same time, brewers are challenged not to create unapproachable brews, those appreciated only by those willing, as a badge of honor, to delude themselves into thinking that the inhumanly bitter really does taste pleasant.

Avoid those IPAs that have clearly been conjured to one-up a rival brewery. Once you’ve read up on hops, hop flavor, hop bitterness, and IPA, talk to the brewers themselves. Go on the brewery tours when you’re in the respective regions. Listen to the podcasts and read the beer writers. Find the IPAs that have been around a while and haven’t managed to scare off enormous crowds.

Educate yourself about the background of every PA and IPA brewery you try, particularly the recipes but also, and perhaps more importantly, the processes. Find out what has gone into their brews, particularly the IPAs, and we’re not talking so much about ingredients as we are about the brewing steps and the post-bottling storage. Freshness is a factor in the bitterness. Don’t let a downright vitamin tonic bitterness in one IPA scare you away.

To gradually cultivate your palate, try some milder IPAs. This might sound silly but keep a craft beer diary. Record your experiences with the craft beers at the moment. If what we’ve told you so far makes sense, continue. You can also use our tasting card to keep notes.

Here is a carefully curated list of 12 interchangeable PAs and IPAs you will try in succession. By number 7, you’ll not only be able to tell the difference. You’ll be ready for a new adventure, so we’ve included a final 5 with the wildest on the American craft beer frontier.

Can You Tell the Difference Between Pale Ale and IPA yet?

You should be Pale Ale vs. IPA Savvy By Now