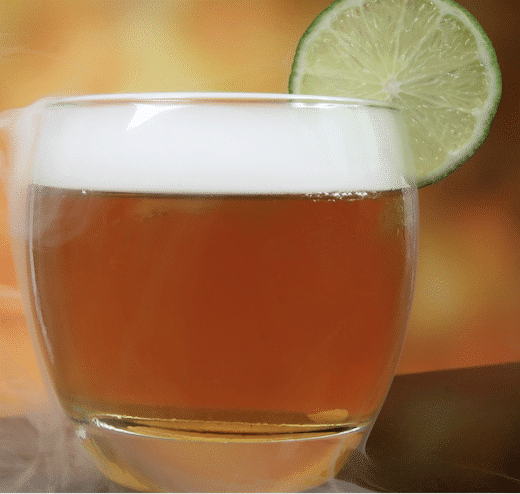 “What is a Dressed Beer”, you ask? A dressed beer isn’t a particular style of beer but a serving recommendation. As to where this recipe originated from, we can’t say for sure. Although dressed beers are more common in places like Texas and Mexico, where the hot weather calls for a refreshing beer with a twist.

How to Make a Dressed Beer

In order to make yourself a dressed beer, you’re going to need -obviously- a beer. Whether it’s in a can, a bottle, or in a glass is up to you. Then you’re going to need salt and lime. I know, this sounds more like preparations for a tequila shot, but bear with me. Some recipes of bottled beer call for hot sauce, but this is an optional ingredient, depending on your tastes.

Step 2: Cut the lime in half

Step 3: Use half of the lime to cover the rim of your beer container of choice with a thick coat of juice.

Step 4: Put some salt on a plate and dip the beer on the plate of salt and coat either the rim of the glass/can or the neck and mouth of a bottle.

Step 5: If you have decided to add some hot sauce swirl it around so the sauce covers the walls of the glass, the mouth of the can, or the mouth and the neck of the bottle

Step 6: Pour beer in your glass or crack open the can or bottle and squeeze the remaining half lime in the beer.

And voilà, your dressed-up beer is ready!

Best Beers for a Dressed Beer

Now, what type of beer is better for dressing up? My suggestion is to use a beer that doesn’t have any distinctive aromas and flavors of its own. Beers like a lager or a simple pale ale or IPA work well. You could even try it with a shandy or a grapefruit Radler. I definitely don’t recommend stouts, porters, or similar types of beers for this recipe. I feel that their chocolate, coffee, and caramel scents and flavors don’t match well with lime, salt, and, optionally, hot sauce. However, the choice is completely yours.

If you want to take things even further, you can turn dressed up beers into cocktails by adding vodka, gin, or tequila. I don’t recommend drinks like black rum or whiskey, because the flavors aren’t complementary to each other.