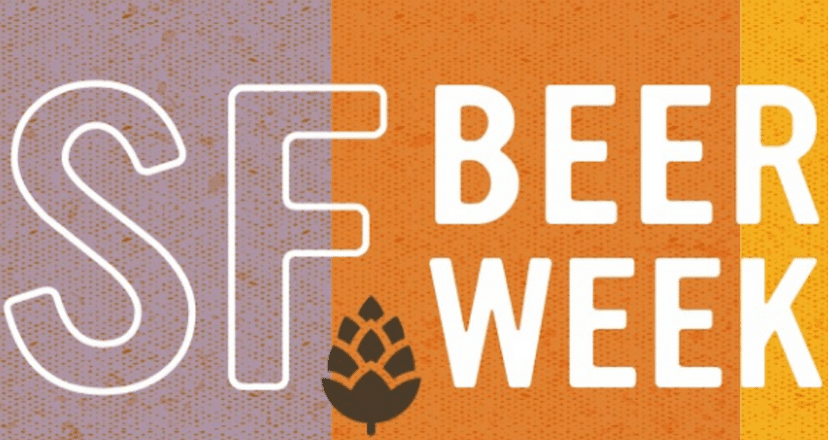 If you can’t make it to beer week, don’t fret, the tap rooms listed are great sources of brew year round and the venues to sample the best beer in San Francisco.  While the Gala and beer pairing events are specialty events that only happen once a year, the other venues such as Toronado, Triple Rock, Admiral Maltings, The Rare Barrel and Trumer Brewery are great places to try the many, many varieties of what the Bay Area has to offer.  This is a premier city in the country for great Independent Craft Beer. Check out our “Host Notes” for more details.

This is the kickoff party to SF Beer Week and ground zero for the area’s beer scene featuring independent breweries across the Bay Area.

Over 60 Double and 30 Triple IPA’s on tap on Main Street.  A professional competition with awards ceremony at 2pm.  Tasting glass with unlimited pours.

Host Notes: Hayward’s has been a home for great craft beer since 1994.  They love beer and share that passion with everyone who enters the door.

This event connects the dots between farmer, maltster and brewer.  Brewers are on hand to discuss the process from farm to glass.

Host Notes: The Rake is the pub situated on the premises of Admiral Malting’s and a place to savor and enjoy the stories being told.

This is the Bay Area’s premier exhibition of sour and barrel aged beers from more than 60 of the world’s finest sour beer.

Host Notes: Triple Rock Brewery and Alehouse is an OG having opened its doors in 1986.  For 30 years John and Reid Martin have served the freshest brew available.  Triple Rock is the oldest micro-pub in the Bay Area.

A reunion of past TRB beer-persons.  Beers on tap will include alumni who work at Armistice, Black Sands, Great Notion, Hapa’s Brewing, Jackie O’s, Kane Brewing and Temescal.

Host Notes: – The Rare Barrel is an all-sour beer company and their brewery is dedicated to the conditioning of barrel-aged sour beers.

Host Notes: Toronado has been voted the best craft beer bar in the country.  Beer Menu. It’s a must attend venue if you happen to ever find yourself in San Francisco.

The annual release of Hop Soup – Faction, Hop Sandwich – Drake’s and Hop Salad – Triple Rock.  These beers are served with half sandwich, cup of soup and small salad.

Host Notes – Hops & Scotch – If you’re not able to attend beer week, stop by Hops & Scotch when you do happen to make it to the area.  Hops & Scotch has over 40 taps and over 80 varietals of beer along with 100 scotch, whiskeys and bourbons on hand.

For beer and brat inspiration, make your way down to Rosamund Sausage Grill for the “Bock” Party featuring Black Hammer Brewing’s specialty bock lager and sausage from Meat by Pete made with the beer for the ultimate pairing.

A day dedicated to the hard working women of the bay area and their contributions to the Bay Area’s businesses and culture.

Host Notes – Harmonic is a fun venue offering 12 beers on tap of old school beer drinker’s beers.  You can hang and watch the big game on one of their tv’s.  Its family and dog friendly.

Host Notes: – Ol beer cafe and bottle shop carries hundreds of meticulously chosen and well-cared-for bottles in their bottle shop for you to enjoy on-site or to go.

Host Notes: – Berkley Trumer Brewery – Trumer was established in 2004 as a sister brewery to the centuries-old Truer Brauerei in Salzburg, Austria.  Fusing the heritage of European brewing with American craft brewing, Trumer gives Americans the chance to enjoy a classic German-Style Pilsner every day.

Bringing the area’s finest beers into one taproom to celebrate the Bay Area’s culture of brew.

Host Notes: – Taplands offers 25 rotating craft beers on tap as well as producing their own in-house brews.  They also offer an on-site bottle shop making possible to bring home suds that you have enjoyed.

Loads of special goodies from one of the best breweries in the world.  4oz, 10oz and pint pours.

Host Notes: – ODM offers a large selection of craft beer, cocktails and po’ boys.  Check out the comfortable atmosphere that his funky and esoteric.

Host Notes: Fort Point is a Brewery shaped by San Franciscan values: craftsmanship and innovation.  There is a balance of thoughtful beers that reference tradition.  The beers at Fort Point tell a story, inspire an idea and satisfy.

While these are must attend events during San Francisco Beer Week, I highly encourage you to visit the hosts whenever you find yourself in the bay area.