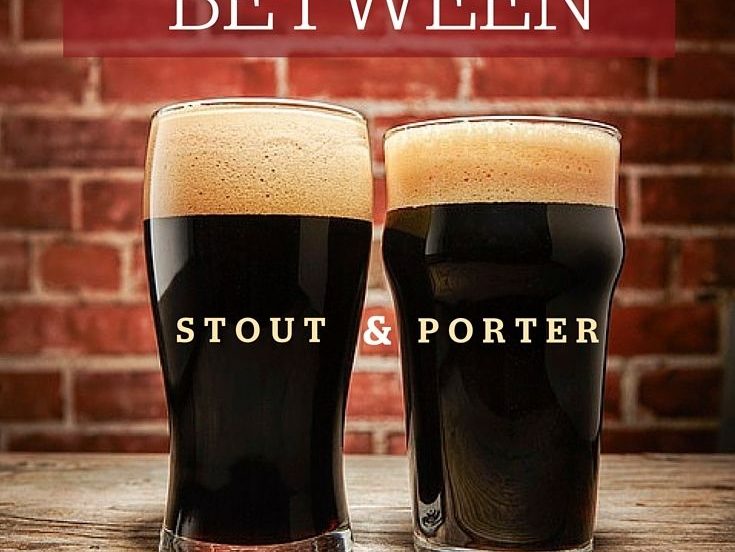 You have probably enjoyed a stout and a porter at your local craft beer watering hole. You probably wondered, what exactly is the difference between stout and porter? They both look similar. Share similar flavors. Similar aromas. What the heck is the difference between a Porter and a Stout? To answer this question properly we need to dive into a bit of history. Before we do; however, here are a few tasting notes to tide you over.

Porter will have less roasty notes and hints of red fruits. Porters will have milk chocolate, graham cracker notes. Desserty. Its best described as a fruity hipster coffee.

Stouts in theory are super roasty. Dryer. you should notice charred notes or roasted malt notes. They look almost identical, perhaps a tinge darker. Stouts, without adjuncts, are much less aromatic and the finish is much quicker.  Cleaner finish.

Porter Beer – A History Of

In the 1700 and 1800 England, there were no beer styles. Regional variations, not styles mark the times. Lagers, pale ales, porters and stouts were not a thing. Beers were sold under 2 names, mild or stale. Mild was young beer that was still sweet, plenty of body and cheap. This was served breakfast, lunch and dinner.

Stale was aged beer. This was more expensive and more fermented. During this period of history no one knew what yeast was. Beer was spontaneously fermented with the natural yeasts and micro-flora in the air. As the beer got older these micra-flora would eat away at the sugars in the beer adding a bit of earthiness, tartness and depth to the beer. So beers could be served mild, stale or a blend of the 2.

Their was an unintended consequence to aging beers. Distributors would buy up the milds, sit on them and age them on their own, thus pocketing the profits for themselves when they would sell to the pubs. Ol’ Oi from Jester King brewery is an homage to the stale, aging process of the days of yore. To get a real sense of the time and place, you have to try Ol’ Oi to capture that expression. To counteract this loss, brewers developed a new style: the porter.

Stout Beer – A History Of

Porters emerged in the eighteenth century in London.  It was a dark, hoppy beer with plenty of brown malt.  The name was an homage to its popularity with street and river porters.  Porter was on the forefront of poularity. One of the first beers with world appeal. Stouts history intertwines with porter. “Extra porter” “double porters” would later come be known as stout porter; the precursor to stout.

“Extra Superior Porter” was the original name of Guiness Extra Stout.  Stout was merely an adjective describing the intensity level of whatever beer you were consuming. In theory you could have had a stout pale ale. Originally, stout was the adjective to describe a stronger porter. It’s the same beer, just different abv’s. All porters are dark in color. They are popular for their flavors of chocolate, caramel and coffee. Stouts taste of coffee. Porters are chocolatey and have fruity esters. Porter enjoyed the process of long aging. Porter uses better ingredients and bit more hoppy.

A Malt by any Other Name…

In the 1800’s you couldn’t put anything in your beer that wasn’t taxed. All the malts were taxed. Brewers wanting to use different ingredients like sugar, were out of luck. Brewers had to rely on taxed the ingredients. If a brewer wanted to influence color; to make it darker, the brewer would roast the malt to achieve darker color. Roasting malt for color results in lower sugars available in the malts.  Porters at the time were all made with brown malt. Brown malt doesn’t have much usefulness today. It was not an efficient malt to brew. Brewers began to recognize pale malts had more sugars. The consequence, is no dark malt. no dark porter.

The people drinking porters wanted their porters to appear dark. Daniel Wheeler, a brewer of the age, began a process of black malt, which was cooking malts to the point of blackness. Using black malt with pale malt he could achieve a darker porter with the amount of sugar that was desired. Brown malt became redundant and unnecessary. In England, out of tradition, many brewers kept a bit of brown malt in their recipes.

In Ireland, brewers didn’t want to spend the extra money for on brown malt and instead relied only on black malt and pale malt, leading to the new style of Irish Dry Stout; ex. Guinness. So Irish Dry Stouts got dryer, darker and roastier while porters remained fruitier with more body.

The end of1800’s saw the laws change and brewers began to add more ingredients to their beer. Today we have adjunct beers that have everything you can imagine. There are stouts with birthday cake and porters with peanut butter and jelly.

Older recipe porters greet the palate with more sour notes and funkiness. This makes the beer dryer than the modern versions. The spontaneous yeasts and bacteria would have eaten up most of the sugars leading to the tarter, funky and dryer experience. An updated rendition of this old style porter is found in the Pattinson Porter, a collaboration between beer historian Ron Pattinson and Jester King. Pattinson Porter perfumes with roasted malt, warm spices and tart berries stained across the canvass of Jester King’s signature funk.

What is the difference between stout and porter? Modern stouts that are adjunct free, with no barrel aging, taste of roast coffee and hints of burnt toast. They are dry with a quick finish.