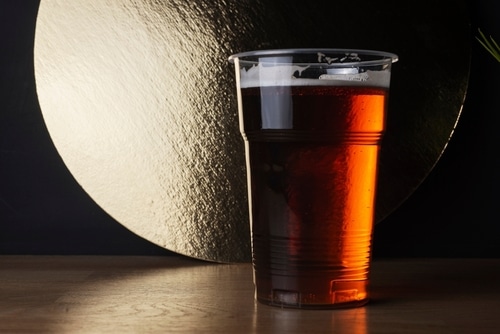 What is an APA Beer? APA stands for American Pale Ale. The term “pale ale” originated in England to describe English beers that were not as dark as the popular porter. Up until the 18th century, most beers in England were deep brown or black in color, and as malting technology advanced, so did the capacity to manage the degree of roast and flavor. The growth of pale ales as a style began in the late 18th century and continued into the 1800s. During the World Wars, raw resources became scarce, and the alcohol content of English beers fell. Brewing a pale ale was a natural progression as the American craft beer revolution gained traction in the late 1970s and early 1980s. The style was approachable and balanced, and it did not deviate too much from the prevalent American commercialized beer style at the time – lager.

What to expect from an APA Beer (American Pale Ale)

American pales are frequently less balanced and have a greater hop profile than their English siblings. The hop flavors differ as well. The American hops are leaning toward the citrus and pine resin profile for which they’ve become famous, but the English hops have that old world flowery earthiness. Yeasts, too, play a role. American yeasts are frequently blander and less fruity than English ones.

This beer has a blonde hue, as its color ranges from 5 to 10 SRM. Their bitterness can range from 30 to 50 IBU, making them quite bitter. These beers aren’t particularly alcoholic, as their ABV ranges from 4.5-6.2%.

Appearance-wise their hue should range from a straw-like mild golden to deep amber. Unless dry-hopped, which might cause some haze, they should be fairly clear. Their foam should have good retention, be medium in size, and be bright white to off-white in hue.

American Pale Ales have mild to intense aromas that are typical of American hops. Fruity fragrances are rarely found. Maltiness is present to support the hops, but it may put on a show with specialty malts providing biscuit, bready, and toasted notes. If dry hopping was done, the ale may have some fresh grass aromas that, while welcome, should not overpower. With moderate to high carbonation and a light to medium body, the mouthfeel should be quite smooth.

In terms of flavor, a clean malt character complements the moderate to strong hop flavors. Hop character is frequently associated with citrusy flavors, however, other hop kinds can also be used. Specialty malts can have a lot of malt flavor, with overtones of bready, toasted, and biscuity flavors, but caramel flavors should be kept to a minimum or altogether absent. The hop flavor and bitterness, which typically continue into the finish and aftertaste, are usually scaled toward the hop flavor and bitterness.

American Pale Ale is great with American food classics like grilled steak, burgers, fried chicken and pizza. They are great with spicy Mexican food or a pot of Chili. The beer also works well with spicy Asian foods like Thai, Vietnamese or Indian.