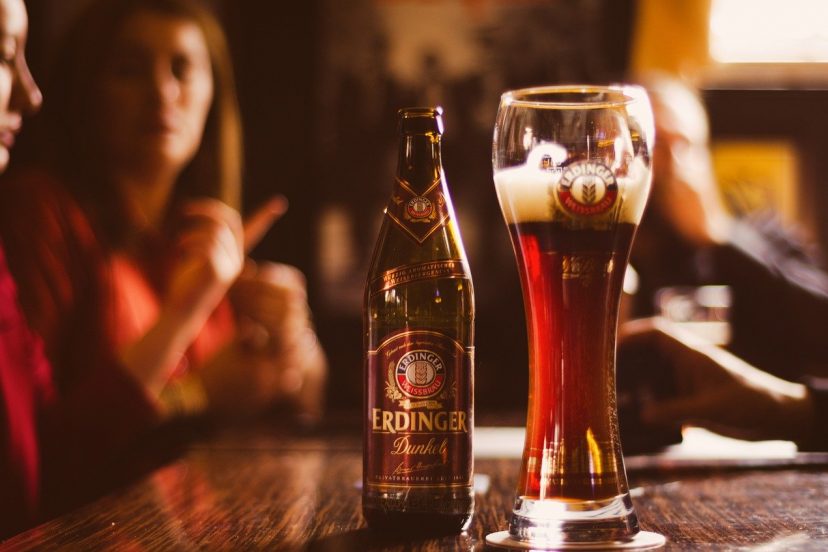 Dunkel beer is a quite extraordinary, traditional beer of German inspiration , and they’re as popular today as they were hundreds of years ago. We’re talking about one of the first beer styles on the planet and one of the most satisfying as well.

There’s a catch, though. Dunkel is German for “dark” and Weizen is German for “wheat” giving us a dark wheat beer.  This is a traditionally southern German beer.  Though dark in appearance, dunkelweizens contain hints of vanilla banana, apple, clove and nutmeg.  The grain is roasted and caramelized, which give the beer its distinctive dark color and smooth flavor profile.  You can think of this as the black sheep of the hefeweizen family. And although all amber, red and dark beers are lusciously malty, you might want to try the dark beer that started it all. Here’s what you need to know about the Munich Dunkel.

What Goes into a Dunkel Beer?

Dunkel beers get their color and malty flavor from the well-known Munich malts, roasted malts that add malty and biscuity flavors to beer, along with a darker color. These malts have been transformed by the Maillard reaction, the same burning effect that gives your steak that lovely crust.

With malts as rich as these, hops play a supporting role. A proper Dunkel has a balanced bitterness and very subtle hop aroma. Dunkel beers are bottom-fermented, so they fall in the lager category. This means they’re not only malty but refreshing and crisp. They’re genuinely delightful!

History of the Dunkel Beer

Dunkel beers go back for a few hundred years to Bavaria, notably Munich, where the style is still insanely popular today.

Blond and pale beers were not a thing until 1842 when the Czech created the Pilsner. Before that, most of the world’s beer was dark, and in Germany, that means they were all somewhat ‘Dunkel.’ The malty, almost coffee-flavored dark Münchner malt is the crucial ingredient here. And although paler lagers soon became more fashionable than the malty Dunkel, the style remained, and we can all be thankful for that!

Dunkel beers are easily spotted for their rich, malty flavor, roasted malt aromas redolent of roasted coffee, honeyed richness, and chocolate in the aftertaste. The sweet-scented beer is dry with a bit of residual sweetness and has a round, heartwarming mouthfeel.

Expect bitterness between 20-30 IBU, alcohol strength between 4.4 – 5.4%, and an amber, golden-brown color. Dunkel lagers are easy to drink, and they’re much more satisfying than the sometimes-watered-down pale lagers. These are also much more compatible with cold weather, so enjoy a Dunkel by the fire and warm up from the inside!

How to Pair a Dunkel Beer with Food?

Any food kissed by smoke and fire will mirror the malty beer’s aromas nicely, and talking about excellent pairings, Dunkel beers are beautifully compatible with brown winter spices. If you’re looking for the perfect beer for holiday dinners, the Munich Dunkel might just be what you’re looking for. The classic style will never go out of fashion; that’s guaranteed! So. let’s show some love to the dark brews of the past.

Examples of Some of the Best Dunkel Beers