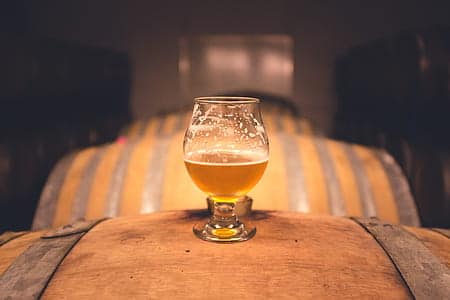 What you need to know for your beer cellar

A common question I run into, is should I age my beer? Short answer is: Seize the day and crack open what you’ve been saving.  It’s the end of the world.  What are you waiting for?  Covid, murder hornets, riots….  The sky is falling for Christ’s sakes.  It’s time.  But if you’re a bit more optimistic about our fate, go ahead, but follow some basic principles.

What are the rules aging beers. Are their beers that don’t age well? We’re gonna take a look at some do’s and don’ts of aging your prized beers. As a general rule, all beers are ready to drink now. They were brewed and bottled for today, but some do age well and with that, take on nuanced changes to their flavor profile. We’ve touched on this briefly in our The 6 Beer Storage Myths article. This is a bit more guidance on what to do and not do when cellaring.

These rules come from a combination of science, superstition, and hundreds of missteps.  So I’m hoping you can avoid the tragedies I’ve experienced, as I pass on what I’ve learned.

Bitterness ebbs and sweetness intensifies.  What happens in a bottle can be broken into 2 components:

What is happening due to fermentation

What is happening due to oxidation processes

Why Is My Beer “Skunky”?

Store these age-able beers cool and store them dark.

I hope you have a better idea of what and how to cellar your brews. Some answers to “Should I age my beer?” A basic understanding of the do’s and don’ts. What can you expect now? Answer: who knows? The variables are limitless, but hopefully, you have an understanding of the range of possibilities or at least a working knowledge of what went right and what went wrong in your aging endeavor. Keeping abreast of the do’s and don’ts of aging your beer will limit disaster. We hope that you are more informed about what beers you can age and which beers you should not age, what happens as a beer age and what you can do to maximize the aging process. Cheers.