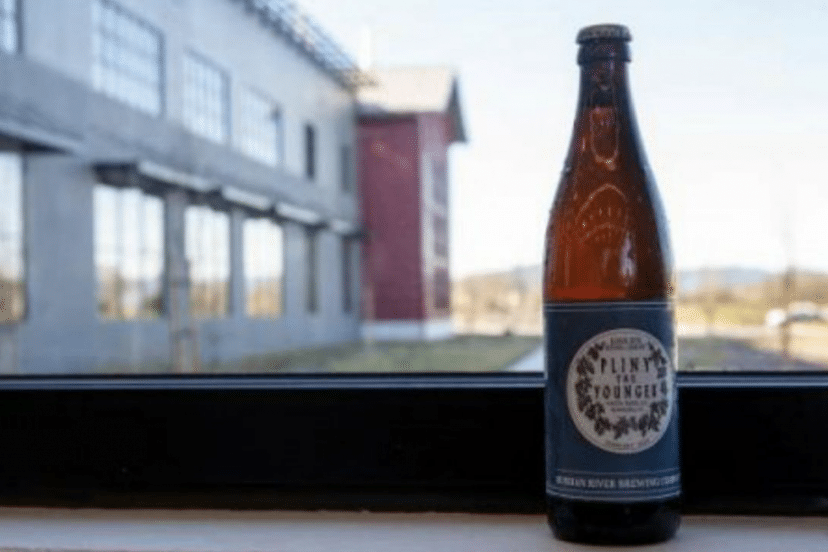 “But I do it for love, waitin’ on the gold rush”—Ed Sheeran

The time is quickly coming to a close.  Pliny the Younger has already kicked at the legendary Russian River Brewery.  The last glass was poured on Thursday 2/20 at the brewery.  The annual release of Pliny the Younger has become a 2 week long No-Cal event.  For the past 15 years, the first Friday in February sets the west coast into a beer frenzy. Craft beer geeks from across the globe migrate to Northern California like fevered, gold-rush prospectors in search of gold.  In this case, it’s liquid gold in the form of Pliny the Younger, the brewery’s highest regarded beer, as the more than 10 hour waits in line at the Windsor and Santa Rosa taprooms can attest to.

This was the first year that this was sold in bottle form, which have already commanded insane prices on the secondary market.  One site, that shall remain nameless, had some shady characters asking as much as $250.  I think the market settled to around $100 a bottle.  (Please, don’t buy beer on the secondary market, it’s bad for craft beer).   An estimated 40,000 bottles were produced.  About 24,000 customers came to Russian River during this 2 week span.  This beer has been and is still available across the state, for a limited time, in select taprooms.  Vinnie Cilurzo, brewmaster and co-owner of Russian River stated “Each year, we try to better the experience, and this has been going on since 2010 when folks started lining up for the release…Bottling Pliny the Younger was the next step in an even greater customer experience.”

Pliny the Younger fetches a perfect 100 rating on Beer Advocate, making this beer world class.  It is a virtual lock on any serious top 10 list.  But all good things must come to an end.  This beer is only available for 2 weeks out of the year.  While the beer makes its way across California to select taprooms, the ration is only one keg per tap room.  The keg kicks virtually as quickly as it’s tapped.  Patrons are only allowed a limited amount of 4oz pours, to help as many people as possible, get a chance at this hoppy nectar.

One of the more remarkable stories about this beer is the beer parched crowds have boosted tourism to a county that has seen their economy scorched by the Kincade fire.  Hotel occupancy rose dramatically in Sonoma county and revenues for the county have increased to around 9% according to the Press Democrat.  Last year, the Sonoma County Economic Development Board reported that the Younger release made a $4.2 Million contribution to the county’s economy.  This year’s totals have yet to be tallied, but early projections are that total will be surpassed by a substantial margin.  The bottling of Younger seems to have been the marketing strategy that has revived the area’s economy.

Pliny the Younger More than a Beer

First there was Pliny the Elder. Pliny the Younger is more than a beer, it’s a By-God Hero!  Thanks Pliny the Younger.  You always make this time of year an adventure.  Big congratulations to Russian River Brewing Company on all the success of this release.  Until next year.

Don’t forget to subscribe to our newsletter to get the latest news on Pliny the Younger.